"Somehow, we must take on the needs of the world with a humble heart."

"Somehow, we must take on the needs of the world with a humble heart."

Are you pro-life? If so, then you'll want to protect life. That includes the lives threatened by guns. To imply that common-sense gun control laws would not help reduce such shootings (no matter what their motivations) seems insane. That seems to me like a "mental health issue, too." Gun Control is a Pro-Life Issue.

Although we may never know what motivated the executioners who committed last weekends' mass murders, media reports point to an essay that the El Paso shooter published about the domestic terrorism and cold-blooded executions of mothers shopping in a Wal*Mart be a "response to the Hispanic invasion of Texas" some invasion presumably of aliens.

I appeal to you to consider the Benedictine roots of our education. That big concrete statue in front of 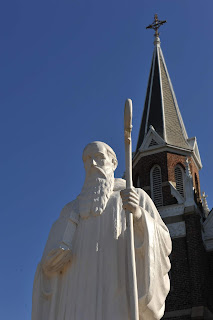 Today, if we still lived in a Benedictine monastery or household, here is the excerpt which we would hear read aloud, probably as you sat down to your midday lunch or evening meal.

The Rule of St. Benedict:
The kitchen for the abbot and prioress and guests ought to be separated so that guests--and monasteries are never without them--need not disturb the community when they present themselves at unpredictable hours. Each year, the prior shall assign two monastics who can do the work competently to this kitchen. Additional help should be available when needed so that they can perform this service without grumbling. On the other hand, when the work slackens, they are to go wherever other duties are assigned them. This consideration is not for them alone, but applies to all tasks in the monastery; members are to be given help when it is needed, and whenever they are free, they work wherever they are assigned.

The prior shall entrust the guest quarters to a God-fearing member. Adequate bedding should be available there. The house of God should be in the care of members who will manage it wisely.

No monastics are to speak or associate with guests unless they are bidden; however, if the members meet or see guests, they are to greet them humbly, as we have said. They ask for a blessing and continue on their way, explaining that they are not allowed to speak.[i] 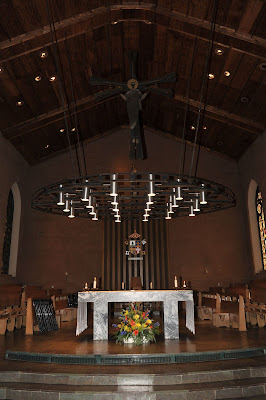 Sister Joan Explains and Reflects
With the fall of the Roman Empire, travel through Europe on unguarded and unkempt roads through hostile territory and at the prey of marauding bands became both difficult and dangerous. Benedictine monasteries became the hospice system of Europe. There, anyone was received at any time. Rich and poor alike were accepted as equals and given the same service: food, bedding, immediate attention day or night. Yet, so that the monastery could remain a monastery in the midst of a steadily growing need for this monastic service, a special kitchen, and special workers were assigned to provide the necessary care. It's an important addition to a chapter that could otherwise be read to mean that the monastic life itself was at the mercy of meandering peasants. The fact is that we all have to learn to provide for others while maintaining the values and structures, the balance and depth, of our own lives. The community that is to greet the guest is not to barter its own identity in the name of the guest. On the contrary, if we become less than we must be, then we will be no gift for the guest at all. Parents must parent, and all the good work in the world will not substitute for that. Wives and husbands must be present to the other, and all the needs in the world will not forgive that. Balance and order and prayer in the life of those who practice Benedictine spirituality is key to being genuine support in the lives of others. Somehow we must take on the needs of the world with a humble heart. As Hale said, "I cannot do everything, but I can do something, and what I can do, I will do, so help me God."[ii]

As you consider how to prayer in the face of these more than weekly occurrences, join us in praying this tomorrow. August 6 is the anniversary of the world's most horrific terrorist act. Consider this prayer tomorrow as Christians also mark the solemnity of the  Transfiguration of the Lord.

A Prayer in the Face of Gun Violence by Rev. James Martin, SJ[iii]

Almighty God, I come before you, once again, after another shooting.

I pray too for the shooter, as I must as a Christian.

All this makes me inexpressibly sad, God. But I know that the sadness I feel is your sadness. It is the same sadness your son expressed when he wept over the death of his friend Lazarus.

I'm tired of the unwillingness to see this as an important issue. I'm tired of those in power who work to prevent any real change. I'm tired of those who say that gun violence can't be reduced.
All this makes me tired. But I know that the tiredness I feel is your tiredness. It's the same tiredness that Jesus felt after his own struggles against the injustice that led him to fall asleep on the boat with his disciples.

I'm angry at the seeming powerlessness of our community to prevent this. I'm angry at the selfish financial interests who block change. I'm angry that these shootings happen at all.
But I know that this anger is your anger. It's the same anger Jesus felt when he overturned the tables in the Temple, angry that anyone would be taken advantage of in any way.

Because I know this is the way you move people to action. And I know that you desire action. Jesus did not stand by while people were being hurt. He plunged into their lives.

So help me to answer these questions:


Help me to be compassionate, to advocate, and to act, as your son did, Almighty God. Amen.

"Somehow, we must take on the needs of the world with a humble heart."  HOW INDEED!? 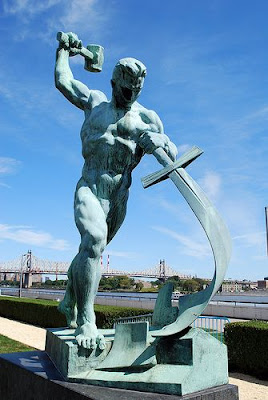 He shall judge between the nations, and set terms for many peoples. They shall beat their swords into plowshares and their spears into pruning hooks; One nation shall not raise the sword against another, nor shall they train for war again. Isaiah 2:4

[ii] (Excerpted from The Rule of Benedict: Insights for the Ages by Joan Chittister, OSB)