From Your Side To Ours” by Rev. Paul Berghout (@FatherPB) 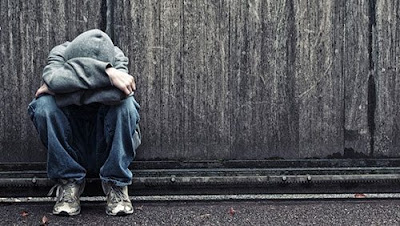 From Your Side To Ours” by Rev. Paul Berghout (@FatherPB)

Piety
Woe to the complacent in Zion!  Lying upon beds of ivory, stretched comfortably on their couches, they eat lambs taken from the flock, and calves from the stall!  Amos 6:1a, 4

But you, man of God, pursue righteousness, devotion, faith, love, patience, and gentleness.  Compete well for the faith.  Lay hold of eternal life, to which you were called when you made the noble confession in the presence of many witnesses.  1 Timothy 6:11-12

Abraham replied, “My child, remember that you received what was good during your lifetime while Lazarus likewise received what was bad; but now he is comforted here, whereas you are tormented.  Moreover, between us and you a great chasm is established to prevent anyone from crossing who might wish to go from our side to yours or from your side to ours.”  Luke 16:25-26

Study
A spiritual master said, “I used to be deaf. I would see people stand up and go through strange movements in a whirling motion. They called it dancing. To me it looked absurd—until one day I heard the music!”

The moral of the story: I fail to understand why saints behave the way they do. So I’m waiting for my heart to come alive.

The tragic flaw in the parable of today’s Gospel is that the rich man and those mentioned in our First Reading by the Prophet Amos suffer from a deep spiritual deafness, unable to hear and listen to the call for mercy and justice.

Pope Francis said that when the rich man went about town, we might  imagine his car with tinted windows so as not to be seen, and yes, the eyes of his soul were darkened.

The meaning of the parable is that the having a Lazarus at anyone’s gate is a sign of a broken covenant, and broken humanity that must be remedied.

The rich man evidently believed that there was only one life to live and having Lazarus around was just a nuisance.

The Hades in this parable, like the netherworld described in 1 Enoch 22, has a deep chasm and separate accommodations for the souls of the wicked and the righteous. [The book of Enoch is an Apocryphal book of the Old Testament, written in Hebrew about a century before Christ.]

When the poor man died, he was carried away by angels to the bosom of Abraham in Luke 16:22, which literally describes a pocket-like fold in a garment, like reclining at a meal term; denoting intimacy; gathered up by an affectionate parent with many good things stored up and waiting for a beloved son like Lazarus.

The main problem is not wealth itself, but the lifestyle of excessive partying that makes one indifferent to the needs of the suffering and poor, which is described in our First Reading with the beds of inlaid ivory, and the opulent food and drink. Their sin was a complacent, self-indulgent attitude and allowing violence to go unchecked, as we hear in Amos 6:3 “yet they are not made ill by the collapse of Joseph!”

The Seventh Commandment, “Thou shall not steal,” includes regulating one’s good and prevents the hoarding of resources so to also share some with the needy.

Tobit was also a rich man, but faithful to God. He owned many different fruit orchards and cattle, and in Chapter 2, verse 3, of the Book of Tobit, it says “and filled with an abundance of food,” Tobit sends out his son to invite a “poor man” to them for dinner (2:3).

St. Augustine noted centuries ago, Lazarus was welcomed into heaven by another man who was also very rich but faithful to God too, Abraham!

The rich man said, 'Oh no, father Abraham, but if someone from the dead goes to [my five brothers] to warn them, they will repent.'

Then Abraham said, 'If they will not listen to Moses and the prophets, neither will they be persuaded if someone should rise from the dead.'"

The imperative is clear, "Let them hear them."

And someone has risen from the dead, Jesus Christ. 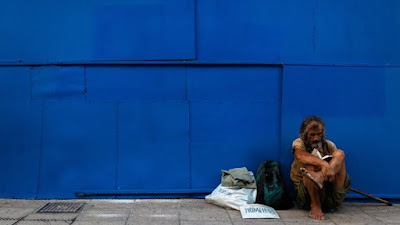 Action
We have the Gospel of the Good News that Jesus suffered and died for us, and rose from the dead. And we have Moses and the prophets—which we hear regularly at Sunday Mass.

Venerable Bishop Fulton J. Sheen said: “Every moment comes to you pregnant with a divine purpose; time being so precious that God deals it out only second by second. Once it leaves your hands and your power to do with it as you please, it plunges into eternity, to remain forever whatever you made it.”
Posted by Anthony DeCristofaro at 9:50 PM