“The LORD's Glory Will be Shelter and Protection” by Rev. Paul Berghout (@FatherPB) 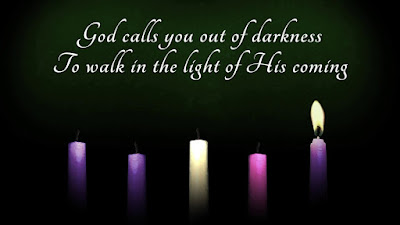 “The LORD's Glory Will be Shelter and Protection” by Rev. Paul Berghout (@FatherPB)

Monday of the First Week of Advent

Piety
Then will the LORD create, over the whole site of Mount Zion and her place of assembly, A smoking cloud by day and light of flaming fire by night. For over all, the LORD's glory will be shelter and protection: shade from the parching heat of the day, refuge, and cover from storm and rain. Isaiah 4:5-6

When Jesus entered Capernaum, a centurion approached him and appealed to him, saying, "Lord, my servant is lying at home paralyzed, suffering dreadfully." He said to him, "I will come and cure him." The centurion said in reply, "Lord, I am not worthy to have you enter under my roof; only say the word and my servant will be healed.  Matthew 8:5-8

Study
As we begin Advent, we light one candle amid all the darkness in our lives and the world.  It symbolizes our longing, our desire, our hope.  Three “advents” or “comings” shape our desire.  Our piety, study, and action in Advent renew the sense that Jesus came to save us from our sin and death.  We want to experience his coming to us now, in our everyday lives, to help us live our lives with meaning and purpose.  And we want to prepare for his coming to meet us at the end of our lives on this earth.

Every evening in the First Week of Advent, we light the first candle, traditionally called the Candle of Hope, to remember to look for the coming of Christ hopefully.

The virtue of hope originates from God through the grace of faith. It draws the Christian towards God, providing him or her with confidence in God and eternal life (Catechism 1812, 1840).

God's holy presence in a person's soul caused by sanctifying grace is like a lit candle that we need armor to protect from getting blown out.

There is the story where a scorpion and a frog meet on the bank of a stream.  The scorpion asks the frog to carry him across on its back. The frog asks, "How do I know you won't sting me?" The scorpion says, "Because if I do, I will die too because we will both drown." The frog is satisfied, and they set out, but in midstream, the scorpion stings the frog. The frog feels the onset of paralysis and starts to sink, knowing they both will drown, but the frog has just enough time to gasp "Why did you sting me," The scorpion replied: "It’s my nature to sting..."

“No person can be the sufficient cause of another’s spiritual death, because no man dies spiritually except by sinning of his own will.” (ST. THOMAS AQUINAS ST, I-II, Q. 73, ART. 8).  Nevertheless, we need protection from ourselves and bad company. Our Second Reading from Sunday advises us to “Put on the armor of light” (Romans 13:12) to protect ourselves from the sinful desires of the flesh. They are false hopes. They will sting you.

According to yesterday’s Second Reading, chastity precedes and is parallel to faith. The reference to the armor of light, of day, acknowledges that forces of nighttime still exert pressure.

Arm ourselves by taking on acts of kindness and generosity, with no rivalry and jealously.

The Second Reading also said, “Make no provision for the sinful desires of the flesh.” This verse led to St. Augustine’s conversion.

There is another story about a bible study group that had been asked the question, "In your time of discouragement, what is your favorite Scripture?" A young man said, "The Lord is my shepherd; I shall not want (Psalm 23:1)."

Then Mr. John, who was 80 years old, said, “my verse is ‘and it came to pass,’" which is not a complete verse.  He explained: "At 30, I lost my job with six hungry mouths and a wife to feed. I didn't know how I would make it. At 40, my eldest son was killed overseas in the war. It knocked me down.  At 50, my house burned to the ground. Nothing was saved out of the house. At 60, my wife of 40 years got cancer.  But each time I looked in the Bible I saw one of those verses that included the phrase, 'and it came to pass.'

This story is less about recalling a favorite Bible verse or part of a verse than about the virtue of hope.

Action
Unlike most of the liturgical year, the focus during the first part of Advent is on the first readings this week from the Prophet Isaiah. These readings are about promises. Isaiah is consoling, building up, and preparing his people to have hope. 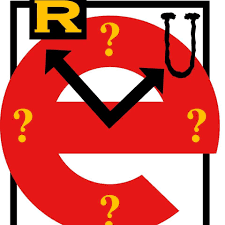 Isaiah's words in this Advent season speak a hope-filled sound into desolate silence to remind us: how we live today is determined not by the circumstances that surround us, but by what we believe about the future. And sometimes, to gather that belief that flies in the face of current reality and defies all logic, we must listen care¬ fully—pay attention—for sounds of hope, even faint, all around us.

During hardships, the Christian maintains hope. "Rejoice in hope, be patient in suffering, persevere in prayer," says Romans 12:12.

Hope is powerful enough that one can hope against all the odds, against all human evidence, which is phrased by St. Paul in Romans 4:18 as “hoping against hope.”

Two men will be in the field; one will be taken, and one left.

Outwardly they may be about the same task, but one destined for life, one for eternal loss.

Of these four, two are saved, and two are lost.

Verse 39 in our Gospel states that the flood came and "took away" the people [carried them all away]. But Noah and his family were “left behind” and received God's mercy.

This is a typical pattern in the Old Testament.

The remnant that is left behind is often contrasted with those who are killed or destroyed, which is symbolic of dying in the state of mortal sin on the soul. Committing a mortal sin is spiritual death. Jesus intends that we understand ourselves as being in a situation analogous to that of Noah— a righteous remnant amid a crooked and perverse generation— and thus to persevere in righteousness.

Three devils were sent to earth to tempt and ruin people.

The first one said: “I will tell them that there is no God.”

But Satan, the chief of the devils, said: “That won’t do, for the people know that there is a God.”

The second devil said: “I will proclaim that there is no hell.”

“That is not good enough either because people know that there is hell as a punishment for sin.”

Then the third one said: “I will convince them that there is plenty of time. So, don’t hurry, don’t worry.”

“That is an excellent strategy,” said Satan, “Go and ruin the people.”

Driving outside the beltway, at a stoplight, I was behind a car that had a religious bumper sticker. I kept looking at it and finally figured out what it was saying. The top line of the bumper sticker reads, “Jesus is coming!”

But, the second line underneath has just three capital letters R U E, but only the letter E was printed in red ink. If you sound out the letters, the whole bumper sticker says: Jesus is coming! Are you red-E?!
Posted by Anthony DeCristofaro at 5:47 PM